Apple CallKit: what it can and cannot do 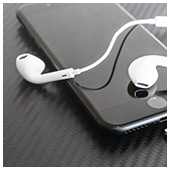 VoIP technology has done wonders for business communications by simplifying the way business owners and staff communicate with stakeholders. VoIP apps compete for a big slice of the consumer spending pie and those who adapt well to developments are poised to succeed. One such development is Apple’s new framework, CallKit. Although still in its beginning stages, this new framework presents exciting innovations in VoIP technology.

What does CallKit do?

Plenty. For one, it integrates all the useful functions of VoIP apps with Apple’s native interface. Remember that CallKit is merely a way for third-party apps to integrate with Apple mobile devices. As such, the CallKit framework has already been integrated with Windows-owned Skype and a slew of other third-party apps such as Facebook Messenger and WhatsApp, among others. These developments present a host of benefits to businesses looking to integrate communications under a manageable corporate account. It also offers a significant enhancement to the user experience, mainly in eliminating the need to open an app when answering, dropping, or blocking a call.

With CallKit, seemingly minor inconveniences — such as having to unlock your phone, going to the app, and pressing answer — as well as having to drop VoIP calls for incoming cellular calls are addressed and solved. For added convenience, CallKit also allows you to tag contacts as favorites.

The benefits of VoIP apps are varied and plenty, especially for businesses. VoIP apps are inexpensive to implement and easy to install and configure. Most iterations offer connections that are as good as, if not better than, cellular-based telephone calls, with VoIP apps like Skype constantly making improvements on both interface and functionality.

CallKit’s architecture is designed to make VoIP app calls as seamless as possible. With CallKit, users can initiate calls with Bluetooth, a voice command to Siri, and Apple’s native interface for iOS 10 and above. It also has a mechanism for blocking spam calls, enabling a Do Not Disturb functionality, and interacting with other VoIP apps, which means users are now able to handle incoming and outgoing calls and messages with more efficiency.

Despite improvements in VoIP apps, many users don’t bother with mobile apps unless circumstances — like being in a foreign country, where making phone calls would be expensive — compel them otherwise. VoIP and developments like CallKit can turn that around. Thanks to CallKit, users can now make VoIP calls from iOS’s native call history and contacts apps – provided, of course, that there is a stable internet connection, which in this day and age has long ceased to be a luxury but a necessity.

A call to action for an improved CallKit

As more VoIP app developers look for ways to improve their technology, businesses that depend on VoIP-assisted communications can expect more developments, and Apple’s CallKit is one to watch for. Call us today if you want to explore how VoIP solutions can help you.