What makes Google Pixel so special? 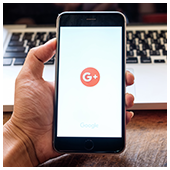 This year, Google announced its grand entry into a market largely dominated by major companies like Samsung and Apple with the production of its first smartphone — the Google Pixel. Although it sports a design similar to the iPhone, Google is planning to offer distinct features that will enhance the user experience. What are they, and will they make Google Pixel stand out from other smartphones?

A fantastic smartphone camera
When purchasing a smartphone, a good camera is one of the must-haves. And in this area, Google Pixel does not disappoint, as it has one of the best smartphone cameras on the market. With a 12.3-megapixel rear camera, the Google Pixel can capture high-quality photos in both bright and poorly-lit environments. For selfie enthusiasts, Google’s smartphone also sports an 8-megapixel front camera, which is much more powerful than the iPhone 7’s.

Long battery life
Due to the complex programs that run on them, many smartphones are unable to offer long battery life. But this isn’t a problem with the Google smartphone. The Google Pixel can last for as long as 13 hours with extended internet use. What’s more, just a short time charging yields hours of potential use. Experts say that with only 15 minutes of plug-in time, the phone will operate for up to 7 hours.

Robust specs
One of the weaknesses of Microsoft’s smartphone was its mediocre specifications compared to other handheld devices at the time. Pixel users will find no problems here. To compete with the iPhone, Google Pixel is starting strong with a 1080p screen, 1.6GHz quad processor, 4GB of RAM, and a minimum of 32GB of storage space. Additionally, because it runs with the Android operating system, Pixel can comfortably outperform many other smartphone models.

As for its design, the device looks a lot like the iPhone, but comes in three distinct colors amusingly named “really blue,” “very silver,” and “quite black.” Learning from the missteps of previous companies’ smartphone efforts, Google Pixel has focused on borrowing only the successful elements of prominent smartphone developers to ensure a bit of market share from the beginning.

One of the best contenders in the market
Apple and Samsung phones may still be the cream of the crop, but Google’s entry is quickly catching up. With pricing in line with the iPhone 7 (USD$649), Google is certainly confident in its hardware. We suppose only time will tell whether Google has reached a smartphone breakthrough or if it will flop like so many companies before them.

Want to stay up to date with the the latest Google developments? Contact us today and we’ll bring you up to speed.