The countdown begins for Windows 7 users 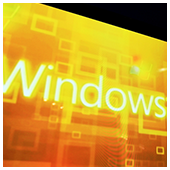 As the saying goes: Out with the old, in with the new. That’s exactly what Microsoft is encouraging Windows 7 users to do as soon as possible. It’s been reported that Windows 7 in 2017 is so outdated that patches are unable to secure it anymore. Maybe it’s the nostalgic qualities that make it hard for users to take the leap. But sentiments aside, Windows 10 is the way to go.

Windows 7 was given extended support in 2015. And with that, Microsoft warned its users that this outdated version would drive up operating costs due to remediating software attacks that Windows 10 systems could otherwise avoid. The three-year countdown toward Windows 7’s twilight officially kicks off with a warning to enterprises that they could face hefty fines for sticking with the platform’s outdated security.

According to Markus Nitschke, head of Windows at Microsoft Germany: Windows 7 does not meet the requirements of modern technology, nor the high security requirements of IT departments. How would this make current Windows 7 users feel? Why are users choosing to remain faithful to the platform’s outdated security? Users can delay upgrades until January 13, 2020, after which extended support for the 2009 OS will end and it will no longer receive patches — unless the customer is paying for a pricey Microsoft Custom Support Agreement.

Markus also added that “As early as in Windows XP, we saw that companies should take early steps to avoid future risks or costs.” The message came as Microsoft published studies that showed Windows 10 Anniversary Update’s built-in security managed to neutralize zero-day exploits, even without patches needed to protect earlier versions of Windows.

Failing to upgrade to Windows 10 means that you and your networks will miss out on noteworthy security features such as the Windows Hello biometric login, the AppContainer sandboxing technology, and Windows Defender Advanced Threat Protection, which will gain new features after upcoming Creators Update.

On top of missing out on all the security features that Windows 10 has to offer, enterprise organizations on Windows 7 soon won’t have the additional zero-day protection that EMET, or the Enhanced Mitigation Experience Toolkit, offered since 2009. Last November, EMET’s expiration date was extended from January 2017 to July 31, 2018.

With the help of newer tools, migrating from Windows 7 to Windows 10 is considerably easier when compared with migrations from XP. Microsoft is still urging corporate users to make the shift before Microsoft permanently terminates support for Windows 7, stating that their business could be looking at real trouble if they fail to comply.

Business owners always do their best to ensure the future of their organization. That includes knowing which tech resources to rely on and which ones to avoid. If you still have questions about Windows 7, feel free to give us a call.

3 Reminders for HIPAA compliance in 2017

3 Reminders for HIPAA compliance in 2017