Spectre & Meltdown: how to protect yourself 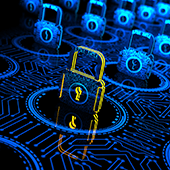 Spectre and Meltdown are critical security flaws that affect a majority of computers today, including the one you’re using to read this. They can leak your passwords and other sensitive data, which is why software companies are working on security patches. The good news for Apple users is that fixes are now available to keep their devices temporarily safe.

Apple has already released software updates for all affected devices, and you need to install them now. Here’s how:

The company hasn’t confirmed whether they would release patches for devices running on outdated software, so if your business still uses previous versions of Macs, iPhones, or iPads, make sure they do not have critical company data stored on them. Better yet, upgrade to new devices so that they’re better protected against legacy system vulnerabilities.

The Spectre bug could also exploit vulnerabilities in browsers, so make sure you update Safari too. Apple is set to release Safari updates for Macs and iOS devices soon, and it’s highly recommended to download and install them as soon as they become available.

You should also avoid using non-Apple browsers like Chrome, Microsoft Edge, or Firefox, as they have yet to release security patches against the bugs.

Downloading apps from the App Store is one of the best ways to ensure you install only secure apps. Third-party stores are prone to malicious apps that could be disguised as legitimate and harmless — or worse, an exact copy of a well-known app.

The App Store has had incidents of malicious applications targeting iPhones, but these cases are rare. It is also much better at vetting suspicious apps and is relatively safer than other open-source platforms.

Moreover, avoid jailbreaking your devices, as this just makes them and your systems more prone to malware. And regardless of where you’ve downloaded an app, practice extreme caution when running new, unfamiliar apps, whether on Macs or iPhones.

Because of the sheer scale of Spectre and Meltdown, there’s a greater need for businesses to consult with IT professionals who can install powerful security software and other protections. Our cyber security team is ready to answer your questions about these and other system bugs. Call us today for professional advice.