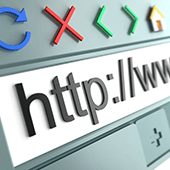 Most web browsers have built-in security measures to protect users, but some of those aren’t enough to ward off unwanted software. To improve Chrome’s security, Google rolled out some changes in its Chrome Cleanup tool for Windows. Here’s how the enhanced tool protects you.

Many users prefer to enhance their browsing experience by installing extensions or plug-ins, some of which could be malicious. When these extensions are installed, they could inject harmful ads into web pages or allow access to third-party servers without the user’s consent.

Google’s new hijacked settings detection function prevents this from happening. Once it detects an attempt by a third party to change your browser’s settings, it will automatically revert to Chrome’s default settings. And in case you suspect any unauthorized change in your browser, you can manually reset settings in Chrome.

You probably don’t remember downloading many of the files in your Downloads folder, but these are actually software and other attachments that were bundled with the software that you do use.

Chrome Cleanup’s newly simplified feature makes it easier for you to determine harmful files, easing the pain of sorting through and deleting tons of downloaded files. Whenever it detects a malicious software, users will get a pop-up message that offers them an easy way to remove the potential threat, get more details about it, or disregard it in case of false detection.

Aside from the simplified interface, Google also made some much-needed improvements in Chrome Cleanup’s performance, so it’s now capable of eliminating more junkware.

Tricking users into installing a program without their consent is one of the many characteristics of unwanted software that Google lists under its Unwanted Software Policy. To help fight against this and other browser security risks, the company has partnered with an IT security team to strengthen Chrome’s ability to detect and remove unwelcome add-ons.

It’s important to note that these upgrades don’t affect Chrome’s performance and speed because they work in the background. In addition, these changes are now available in Windows devices but will soon roll out to other platforms. In the meantime, if you want to find out more about browser and application security, contact our security specialists today!

How to connect accessories on Android

How to connect accessories on Android