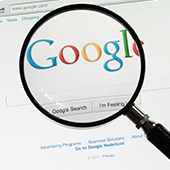 At this year’s South By Southwest (SXSW) conference in Austin, Google created a Google Assistant Fun House to display the many features of its AI assistant platform. Apart from the basic tasks it can perform on a smarthome, Google wanted to flaunt some of its unique uses, including a beer vending system and a sock sorter. But that’s not all that’s new with Assistant.

You might think that the whole point of this spectacle is to show off their caliber as the world’s premier tech leader, but these geniuses actually have a plan brewing. They upgraded their Google Assistant primarily for developers and device makers who want to integrate voice commands onto their products.

Brad Abrams, group product manager for Google Assistant platform, says their mission with this particular technology is to help people get their tasks done with the help of third-party devices and services. They wanted to start by making the syntax commands easy, so you can say “Hey Google, make me an Espresso.” instead of “Hey Google, ask [coffee machine brand] to make me an Espresso.”

He explains that the digital world is advancing to a realm of ambient computing wherein your commands to Google are picked up by the nearest devices and executed by the most suitable one.

Google Assistant already has the ability to notify users regarding daily news, traffic, and weather updates. This time around, the tech giant added more subscriptions, including daily fashion advice, horoscopes, factoids, and important events. Hearst Magazine is the first to offer the additional notifications, which they believe has increased user engagement.

Google users who wanted to hear more natural sounds, like a crackling fireplace or heavy rain, could previously only listen to audio snippets with playback limits from third-party actions. Now, they can replay, resume, pause, and listen indefinitely. This is particularly beneficial for users who listen to news briefs, enjoy calming sounds, or meditate.

Out of these new upgrades, none will have a huge effect on their own, yet together they could make Google Assistant more responsive to hardware brands and partners.

These fun and unique Google Assistant features reflect the creativity this tech company always brings to the industry. Interested in spicing up your office space, too? Contact us today and we’ll discuss how you can take advantage of this feature-rich, voice-powered tech.

Make the most of Office 365

Make the most of Office 365