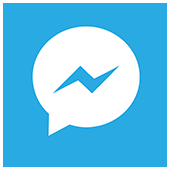 “What’s your Facebook name?” is not a question you’re often asked when someone needs your contact details. In the first place, Facebook messaging isn’t everyone’s voice call app of choice, especially for group conversations. As of now, Skype rules that arena, especially for business communications. However, once the social media giant has put the finishing touches on its desktop-capable group voice calling, you can expect to hear “What’s your Facebook name?” a bit more. It might even become the norm.

No one gets left behind

In group chats, there’s always that one person who gets the joke last, or reads it last, and so feels left out. With Facebook’s group video chat, this never has to happen as every participant in the group can be connected at the same time. The functionality is still in the “small test” phase, which means certain details are still being ironed out. When it fully launches, though, expect a considerable portion of Facebook Messenger users to consider moving their Skype group video conversations to Facebook.

Since introducing its audio calling capability in 2013, Facebook has worked hard to keep up with the competition. Facebook’s introduction – and potential domination – of desktop group video calling might signal the end of times for Skype and other players. For one, Facebook and social media user growth hasn’t shown signs of slowing down. Moreover, most users of internet telephony might inevitably see the advantages of using a single platform for their social media activity and online communications.

Users who prefer a communication tool that creates zero distractions in their chats might not opt for Facebook when conducting group video conferences. Facebook is, first and foremost, a social media platform, which serves as a springboard for important news updates, personal anecdotes, and funny cat videos. Not everyone will prefer all those distractions while in a business meeting.

If there’s anything Facebook has proven, however, it is the ability to improve upon previous versions by adding or removing details to enhance user experience. Users may not always be pleased with the updates, but that hasn’t slowed down the billion-user company’s popularity. If the newly introduced desktop group video calling function proves efficient, Facebook might persuade even more users to lean towards its messaging tool.

With many options to choose from, the only thing left for people to do is discern which platform best serves their communications needs. For advice on which VoIP platform is best for your business, contact us today.