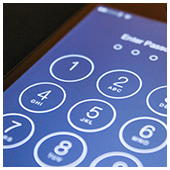 Now is the right time to shift to a stronger passcode for iPhone users, with police departments, federal agencies, and possible criminals, lining up to buy technology that can bypass your phone’s security. Experts say technology for unlocking iPhones is very much in circulation, so here’s everything you need to know.

According to reports, at least two companies, Israel-based technology vendor Cellebrite and Atlanta-based Grayshift, have both developed relatively inexpensive technology for unlocking iPhones. Reportedly, local and regional U.S. police departments as well as the federal government have been purchasing the technologies.

Grayshift’s GrayKey box is a de-encrypting device that can unlock an iPhone with a four-digit passcode in about two hours. The entry-level GrayKey box requires an internet connection, works only in certain geographic locations, and can break only 300 passcodes. But an unlimited GrayKey model works even without internet connectivity and offers an unlimited number of device unlocks.

On the other hand, Cellebrite provides a $5,000-iPhone unlocking device to law enforcement agencies.

Both companies claim they sell only to police and government law enforcement agencies, “or so they would have you believe”, according to Nate Cardozo, a senior staff attorney with the Electronic Frontier Foundation.

According to Gartner research director Dionisio Zumerle, consumers and businesses must use a six-character alphanumeric passcode or a passphrase at minimum, to address risks associated with personal or enterprise data leaks.

Of course, Apple’s iOS 9 operating system has already boosted the default iPhone passcode from four digits to six; but for an even stronger and more secure option, experts suggest an alphanumeric passcode.

While Apple’s Touch ID and Face ID help with security as well, they always provide the option of unlocking a phone with a passcode.

To sum it up, complex passcodes are always better for security, especially for iPhones. We recommend changing the settings on your iPhone to allow both upper- and lowercase characters, numbers, and uncommon words. And if you feel overwhelmed with anything related to the privacy or security of your iPhone, don’t worry! Just call us today and we’ll help you out.