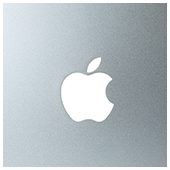 No computer is safe from malware, not even Macs. Even though incidences of viruses and malware are rare for Apple computers, they can still occur with disastrous consequences. Based on one security software firm’s report, MacOS malware grew by 744% in 2016, but the number of attacks were still fewer than attacks on Windows computers. So even though they’re safer, you still need to know how your Mac is vulnerable to a growing number of malware threats.

How the new malware attacks Macs

The new strain of malware targeted at Macs is called OSX/Dok, which was first discovered in April 2017. OSX/Dok infiltrates Macs through phishing attacks, whereby users receive a suspicious email with a zip file attachment. Like all phishing attacks, it contains a message that tricks the recipient into opening the attachment purportedly about tax returns.

Mayhem ensues once the malware is in the system, gains administrator privileges, takes over encrypted communications, changes network settings, and performs other system tweaks that put the users at its mercy.

What the malware does

The malware targets mostly European networks, but it’s expected to spread into other regions. Even more alarming is its ability to bypass Gatekeeper, a security feature in the MacOS designed to fend off malware. This is because its developers were able to obtain a valid Apple developer certificate, which makes the attachment appear totally legitimate. Although Apple has addressed the issue by revoking the developer’s certificate of the earliest versions of the malware, the attackers remain persistent and now use a new developer ID.

How to avoid the mayhem

The Mac-targeted OSX/Dok malware is easy to avoid if you keep your wits about you when receiving zip files from unknown senders — these files should be treated as high-risk and be reported to your IT team, quarantined, or junked. Whether you’re using a Mac or a Windows computer, clicking on suspicious ads can download and install apps from third-party sources that put your system at risk.

Mac users are not completely safe, and complacency with security could only result in compromised and irreparable systems, ruined reputation, and lost profits for businesses. For this particular malware, a simple act of vigilance may be all it takes to avoid having your Apple computer bitten by bugs. If you want to double the layer of protection for your business’s Mac computers, call us for robust security solutions.

Make your SMB stand out on social media

Make your SMB stand out on social media