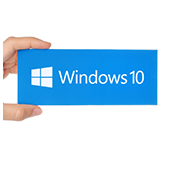 Microsoft has announced that it will bring back free Windows 10 upgrades, but on one condition: Only small- and medium-sized businesses that have previously passed on the offer are eligible. So if you or someone you know has declined Microsoft’s previous proposition, here are some reasons you might want to reconsider.

“They’re extending the free upgrade to this segment of customers to help them get to Windows 10,” said Wes Miller, an analyst at Direction on Microsoft, specializing in complex licensing rules and practices. Much like the 12-month upgrade deal that ended last August, this offer applies to personal computers running on Windows 7 or Windows 8.1. The only difference is, the offer is exclusive for businesses that have subscribed to one of the Windows Enterprise plans.

The Windows 10 Enterprise E3 and E5 subscriptions are priced at $7 per user per month and $14 per user per month, or $84 and $168 per user annually. Unlike Microsoft’s historical licensing — which permanently licensed the operating system on a per-device basis — the E3 and E5 subscriptions are per-user licenses, and payments must be maintained to run the OS. This was introduced to target customers that didn’t want to sign a long-term volume licensing agreement.

“When the CSP originated, the only qualifying OS was [Windows] 10 Pro Anniversary Update,” said Miller. “You had to be on 10 Pro. So, if you missed the consumer upgrade window, you would have to buy the underlying 10 Pro license.” It’s this license that Microsoft is giving away to customers subscribing to Windows 10 Enterprise E3 or E5. The acquired license is “perpetual” and will be tied to the specific device. “This means the license will not expire or be revoked if the customer chooses to end their Windows cloud subscription in the CSP program,” added Fillingham.

Since the upgrade is considered a subscriber benefit, a PC upgrade might be needed — from Windows 10 Pro to Windows 10 Enterprise — and if the user isn’t already covered by an E3 or E5 subscription, an additional $7 or $14 monthly is needed to run the system. Miller stated that the likeliest reason Microsoft brought back the free upgrade was to get more people onto the User Subscription License (SL). Providing upgrades from older editions makes more of a customer’s PCs eligible for use under the SL model of E3 and E5 (which is licensed per user, not per device). Another motivation could be to promote a partner-centric CSP.

Microsoft has officially confirmed the Windows 7/8.1-to-Windows 10 Pro upgrade offer is a permanent addition to the benefits for subscribers to Windows 10 Enterprise E3 and E5, and not a time-limited pitch. If you’re still hesitating or would like to ask some more questions, feel free to give us a call anytime!

What exactly is preventive cyber-security?

What exactly is preventive cyber-security?