By Truewater December 17, 2015 General Healthcare IT 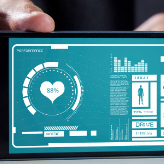 Mobile health applications have been growing in popularity but this doesn’t necessarily mean their effectiveness is improving. In fact, doctors have called for greater oversight and regulation when it comes to health apps as many have never been truly tested. A number of these apps also make false claims about benefits in order to get users to download them. Before you pay for, or even download, that new health app, here are a few things you should consider.

At the carnivals of the late 20th and early 21st century, you would see traveling salesmen hawking miracle elixirs that could cure just about anything that ailed you. In more recent times, it has been so-called doctors appearing on television commercials late at night with super pills that were able to help you lose weight or have more energy.

These medical shysters have now turned their attention to phone and tablet applications where they use outrageous claims to entice users to download their apps. In September of this year, UltimEyes, an app stating that it improves vision, was fined by the Fair Trade Commision (FTC) for falsely claiming their app was scientifically proven to work.

And they aren’t the only app to have been dinged by the FTC. Earlier in 2015, two apps claiming to detect melanoma were also fined by the FTC for what essentially boiled down to false advertising. It’s likely that health apps will be monitored more closely in the future but at the present moment, a large number of rogue applications are out on the market.

Not every health app out there is bad, but before you download one, especially a paid app, make sure you examine it thoroughly. Here are a few things to look for.

Who made the app

One of the easiest ways to determine the legitimacy of a health app is to see who is behind it. Chances are if it’s a name you trust like the Mayo Clinic or your healthcare provider, you don’t have a lot to worry about. If it’s some fly-by-night company with a funky name like Bob’s House O’ Health, you might want to dig a little deeper to see if the app can really do what it claims.

If an app has been out on the market for a little while then chances are people have reviewed it. It’s good to look at what other people are saying about the app because it can help establish if it really works or not. If an app has received a significant amount of negative feedback you best bet is to steer clear of it.

Reviews can be helpful but don’t necessarily paint the full picture. Doing a quick Google search on a health app can help unearth some additional information that might be crucial to making a decision on whether or not you should download a medical app. For instance, if the developer of the app was thrown in jail for fraud, you’d probably be less inclined to dowload it. However, if the company behind the app has received some positive press for its work, it might be worth checking it out.

Do you really believe it will work?

A lot of times, we can get too caught up in wanting to believe something is true that we fail to think critically when we make a decision. Before downloading a health app, especially one that makes a bold claim, you should ask yourself if it seems plausible or not for these statements to be true. For instance, an app that can detect cancer sounds great, but if such a thing were to exist, don’t you think everyone would know about it by now? All you are doing by placing your health in the hands of an unknown app is endangering yourself.

Which MacBook model should you buy?

Which MacBook model should you buy?