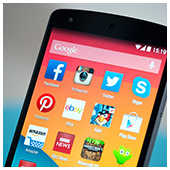 Apple’s iOS 11 will be released later this year, but many Android users might not willingly trade in their device for an iPhone. Even with its key productivity features like Files, drag-and-drop functionality, a more enterprise-friendly user interface, and sleek new design changes, the latest version of Apple’s mobile operating system is missing a few important tools that many Android users can’t live without.

Android devices allow users to create multiple user profiles — ideal for company devices shared among staff. This feature is also great for privacy because it lets users create an individual profile and password, so there’s no need to worry about important files and apps in the device being compromised. This feature is something iOS 11 should have included since multiple user functionality is commonly found in desktops environments, which is what it is trying to emulate.

In the upcoming iOS 11 release, iPad users can expect improvements in design. What they shouldn’t expect to find are features that will enable customizations much beyond personalizing their home screen wallpaper. Adjusting the color settings, fonts, and themes are capabilities Android device users have been enjoying for years, but Apple users will have to wait for later iOS releases to enjoy the same.

In an Android device, tapping the “What’s on my screen?” button in Google Assistant lets a user search for info on whatever’s “on-screen.” It returns results pertaining to whatever the user is looking at on his or her screen and is useful for those who need comprehensive search results. By contrast, iOS’s search function, called Spotlight, allows instant web searches only on highlighted text.

Android’s “Free up space” capability lets users back up photos in the cloud and easily delete local files stored in the device with just one tap. On the other hand, iOS offers a convenient way to sync photos and videos to iCloud, and its Optimize iPhone Storage function is great for users with low-storage devices. Even though this is enhanced for iOS 11, it still doesn’t save as much storage space as Android’s Photos app.

The iOS 11’s “Do Not Disturb While Driving” mode detects whether the user is driving, which stops the device from sending notifications in order to avoid distractions. It’s a welcome addition, but it’s a weak counterpart to Android’s “Do Not Disturb” function, which is far more robust. Another feature that won’t be found in iOS 11 is a “Clear All” button, which closes all open apps at once.

Even with a handful of nifty features in the iOS 11, those who enjoy Android’s customizability and unique features likely won’t switch. However, the iOS 11’s focus on enterprise usability might be attractive for some non-Apple users.

Businesses need simple yet functional devices that work. If you need expert advice on device features and usability, get in touch with us today.

How Truewater protects you from VoIP hacks

How Truewater protects you from VoIP hacks