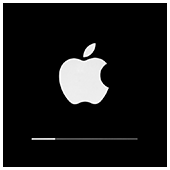 When it comes to your smartphone, especially if you have an iPhone, there is rarely a month or a season that goes by without a new software update available for you to download. Foregoing the updates is tempting, especially when you are busy and just need to be on your phone. However, these updates are important, and the latest update for your iPhone, the iOS 10.1 update, is especially significant.

The latest update for iPhone and iOS users, referred to as the iOS 10.1 update, was launched on October 24, 2016. Its primary purpose is to address a serious security issue with the previous version of iOS. This security vulnerability should be of major concern to any iOS or iPhone user.

The security vulnerability addressed by the iOS 10.1 update was originally discovered by Tencent’s Keen Lab, specifically by a researcher named Marco Grassi. This vulnerability left a hole in the iOS programming that would allow a hacker or attacker to seize control of the phone, changing the code and performing commands after the iOS user opens a JPEG file (image file) that has been “maliciously crafted.”

Essentially, what this boils down to is that without the iOS 10.1 update, a corrupted image file could allow another person to control your device (iPad or iPhone). Even without downloading the file, this security hole could be taken advantage of by a hacker. If this is not enough reason to download the iOS 10.1 update, it also addresses other security issues and concerns that involve specific apps, the ability to see login password lengths through workaround hacks, and the like. Because of these specific issues and more, the iOS 10.1 update is a must-have for users of iPhones or iPads.

If keeping your phone and personal information secure are two of your biggest concerns, the iOS 10.1 update is a no-brainer. The sooner you update your device, the sooner you can feel safer using your iOS devices.

Installing security updates may be inconvenient, but they’re a necessity. If you need help managing software updates and keeping your business safe, contact us today.

The revolutionary power of AI in healthcare

The revolutionary power of AI in healthcare