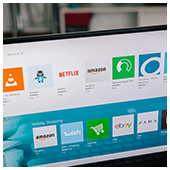 Android developers are on the lookout for a malicious malware that is attacking app stores and users across the United States, France and other European countries. The malware, known as DressCode, is particularly dangerous to corporations that allow employees to use their own devices for work. Read on to find out more about the DressCode malware and what you can do to keep it from affecting your online activity.

The malware in question is part of the DressCode family of malicious programs. It has the potential to invade and spread through large corporations, infiltrating and downloading sensitive files directly from their networks. There are currently more than 3,000 cases of the ‘trojanized’ apps being sold in popular app stores, including 400 instances in the Google Play store alone.

The real danger of DressCode malware

This new Android malware is particularly hard to contain, as it hides within games and optimization boosters, occupying very little of the programming footprint and thus being very hard to detect. When an app containing it is downloaded, DressCode can invade whatever network the infected device is connected to. For corporations that allow employees to bring their own devices into the office for work, this ability to springboard from one device to another can be devastating.

The DressCode malware, once in control of a system, can communicate with the trojan’s developers and receive orders from them. It can turn infected devices into digital zombies than can be commanded to send spam and carry out attacks on other systems.

Avoiding the Impact of DressCode

There’s no doubt that this new Android malware is a vicious infection that can leave hundreds of thousands of Android users suffering. But there are ways that you can avoid being one of those suffering from its effects.

To ensure that the apps you want to download are legitimate, it’s a good idea to start by checking their reviews. And while it should go without saying, we must remind you to never download anything from an app store that isn’t backed by reliable providers like Apple and Google.

Another solution is to install a mobile security program that blocks malware from being downloaded onto your Android device. Finally, always avoid unsecured networks, including public Wi-Fi.

We absolutely love our Android devices. Unfortunately, mobile devices, regardless of their brand, are some of the most vulnerable pieces of technology on the market. They switch between networks like you switch between apps, and that means a lot of security exposure. The only way to truly minimize these concerns is to hand off the management of your mobile device protocols to the professionals. Get in touch with us today to start the conversation about how we can help.