Spyware has been infecting Macs for years 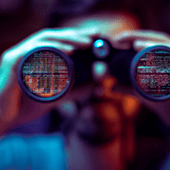 While Macs have a reputation for being more secure than Windows PCs, they are far from immune. Over the past decade, a piece of malware designed to spy on its victims’ computers has remained unnoticed until quite recently. What’s worse is that security experts are still unsure about how the malware gets into Mac computers. Here’s everything we know so far.

Along with being able to track the victims’ names and locations, the spyware reportedly gives the hacker control over webcams, mice, microphones, keyboards, and notifies hackers any time the computer is in use. This enables hackers to take non-consensual photos, capture screenshots, track keystrokes, and record audio.

What’s surprising is this type of spyware is not built for financial gain or designed to steal government secrets. It’s used to spy on regular people. According to experts, the hacker developed the spyware for voyeuristic reasons. Collecting private data from users also suggests that hackers planned to set up more targeted social engineering scams.

So far, there have been only 400 confirmed Fruitfly infections, but considering how it has remained hidden for nearly decade, that number could be much larger.

While experts are still not sure who created the malware and how it is delivered, it’s best to follow security best practices like avoiding pop-up ads, banners and suspicious file attachments, using extreme caution when downloading free software, and update applications frequently.

Users should also install anti-malware software with spyware detection capabilities and perform full system scans as often as possible. New security patches have been released to detect and block Fruitfly variants, so you should keep your security software up to date at all times, too.

Surge in Mac Malware
Windows PCs are targeted more frequently, but a recent threat intelligence report by McAfee found that the Mac malware incidents have grown by 53% over the first quarter of 2017.

Hackers will likely uncover new vulnerabilities in the future, which means Mac users can no longer afford to think that their device doesn’t need strong security software and support from managed services providers.

If you’re worried about the security of your Mac, talk to us today. We offer comprehensive solutions that can defend against the new Fruitfly strain and a host of other cyberattacks.