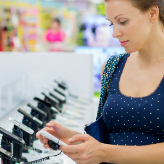 While it is impossible to predict the future, it looks as if 2016 is shaping up to be a year in which new phone releases take center stage. This also means consumers need to be educated and savvy about buying a new device this year. You might have your heart set on a certain brand, but there will be a lot of competition on the market, and other models might sport different features and possibly a lower price tag. We take a look at some of the new phones scheduled for release in 2016.

There have been plenty of rumors about what the iPhone 7 and iPhone 7 Plus will feature, such as the elimination of the headphone jack, but not a whole lot more than that is known at the moment. These phones are expected to be thinner, and to feature common upgrades like a higher-resolution camera and a speedier processor. Everything else about the phone floating around at the moment is just hearsay. If Apple follows precedent, the iPhone 7 will be released in September.

Samsung fans won’t have to wait all that long to get their hands on the new line of Galaxy phones, with the Galaxy S7 expected to hit stores in February. While the Galaxy S6 and, in particular, the Galaxy S6 Edge had supply issues that made it hard for consumers to get their hands on one, the International Business Times reports that, this time around, five million devices will be available at launch. New features for the Galaxy include a 4k display and a pressure-sensitive touch screen. A retina scanner could also be included, according to The Wall Street Journal.

The Windows Phone has not been widely embraced by consumers for either business or personal use; however, the Windows Surface tablet has been a massive success for the company. It should come as no surprise to learn that Windows has decided to ditch the Windows Phone, and instead release a Surface Phone incorporating many of the user-friendly features found on the tablet, including seamless Windows 10 integration and full versions of Microsoft Office applications. The release date is still very much up in the air, but reports suggest that it should be launched some time in the second half of 2016.

Seeing as 2016 is in the name, it would be surprising if Google’s new line of signature phones did not make its way onto the market at some point in the upcoming year. Gizmo China reports that Google will once again team up with Chinese manufacturer Huawei for the handset, which will run Android N, the latest Android operating system. The two worked together on the Nexus 6P, the last phone released by Google. But the new phone is anticipated to have Qualcomm’s recently released Snapdragon 820 chipset, as opposed to Huawei’s in-house chipset.

Figuring out which phone you need for yourself or your employees can be a headache-inducing task. Let our experts help explain the pros and cons of each new phone, and how it can help your business and its bottom line.