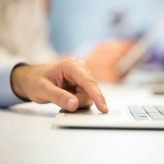 For Mac users who have been waiting with great anticipation, Office 2016 for Mac is finally available. The new version is worth the wait; Microsoft has implemented exciting new upgrades to improve the user experience. Office 2016 possesses far superior functionality and user interface than its predecessor, Office 2011. We’ve highlighted some of the new features of Microsoft Office’s core applications and cloud-based services that you need to be aware of.

The obvious change in Office 2016 for Mac is the user interface. You’ll experience a cleaner and more modern design that looks consistent across all core applications. The toolbars and icons have been redesigned with a minimalistic approach, resulting in less clutter and making it easier to find what you’re looking for.

Looks are not the only improvement. Office 2016 for Mac provides huge improvements to the performance of Microsoft’s well-known applications.

Apart from the interface changes, in Word 2016 multiple Mac users can now work simultaneously on the same document. When a user working on a file saves any changes, a notification that highlights the changes is sent to other users. This new feature is similar to that of Google Docs, where users can collaborate by sharing and editing files online. Word 2016 includes a style pane on the right-hand side of the screen. When selected, you can apply pre-set styles to texts and paragraphs. What’s more, Word 2016 also adds a nifty new navigation pane, allowing you to navigate through files based on the changes you’ve made, including comments, formatting, deletion, and more.

The most prominent change made to PowerPoint 2016 is the redesigned ribbon. Many ribbons have been removed, renamed, and given new icons. The new PowerPoint also has the very same collaboration features as Word, meaning you and your colleagues can edit presentations simultaneously. In addition, Microsoft has added 24 all-new themes to PowerPoint, and these aren’t just normal themes – with just one click, you can alternate between different color palettes, fonts, and background styles for your current theme. These new features are identical to the ones in PowerPoint for Windows, but they have more functionality and are much easier to use.

As soon as you launch Excel 2016, you’ll be greeted by its modern new appearance. One addition is a slicer tool that greatly increases the performance of pivot tables. With slicers, you can create buttons that simplify data filtering in a pivot table report without the need to use drop-down lists. Another new feature worth mentioning is the inclusion of the Analysis Toolpak extension. This add-on is especially useful if you want to generate complex statistical and engineering data – the Analysis Toolpak offers a number of advanced formulas that were absent in the former Excel for Mac 2011.

The previous Outlook for Mac 2011 proved to be flawed in many areas. And if you find that Apple Mail is not living up to your expectations, Outlook 2016 will be a great alternative to meet your email needs. As with other Office 2016 applications, the new Outlook has gotten a visual revamp. Some notable new features include improved usability, such as a blue vertical bar spanning across unread messages, faster email search and filtering, and a more powerful database and mail server that enables you to send and receive messages much more quickly.

Want to learn more about Office 2016 for Mac, and how you can implement it into your business? Give us a call today; we’re sure we can help.

Communication before the storm is key

Communication before the storm is key