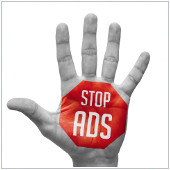 Ads are becoming increasingly intrusive on today’s web browsers. They can slow down the load time of pages, and cause potential security and privacy issues. So it’s no surprise that ad blockers are becoming more and more popular. However, as they do, they’re also cutting into the revenue of online advertisers. With the upcoming release of Opera’s new ad blocker that’s incorporated directly into the browser, business owners may be both excited and disturbed. On one hand, their own personal browsing experience will be smoother with less disruptive ads, and on another their advertising reach may become more limited.

When Opera’s new ad blocking feature becomes live, it will be switched off by default. However, when an ad is causing a web page to slow down, the user will be prompted to turn it on. If you’re an Opera user who’d like to do this for yourself, simply click the shield icon in the upper right hand corner of your browser. For whatever reason, if you don’t want to block ads for a specific website, you’ll also have that option, which can be adjusted in the browser’s settings.

Why is Opera doing this?

One spokeswoman for Opera remarked, “Ad-blocking technology is an opportunity and a wake-up call to the advertising industry to pay attention to what consumers are actually saying.” In other words, consumers are annoyed with intrusive ads that are irrelevant, and Opera believes this is an opportunity for advertisers to create better, more engaging ads. When that happens, ad blocking will become less of an issue.

How will this affect your business?

Ad blocking is not new, as other browsers provide a similar service. The only difference is that competitors like Google Chrome and Firefox use extensions to enable this feature. However, Opera has said that with the use of their native ad blocker, their browser on average runs 45% faster than using Google Chrome with the AdBlock Plus extension and 21% faster than using Firefox with that same extension. In today’s browser competition, and really the world in general, speed is currency. And this could cause users to abandon their current browser and flock to Opera.

You should bear in mind that right now, Opera isn’t an incredibly popular browser. According to the online statistics service W3Counter, Opera was only used by 3% of all Internet users this past February, while Google Chrome was used by 47.5%. With that said, many of Opera’s technological advances have later caught on with other major browsers. For example, Opera pioneered both pop-up blocking and tabbed browsing, which are now the norm for major browsers.

So if your business heavily relies on online advertisements, should you be worried? Unfortunately only time will tell. With that said, it’s likely not time to panic just yet.

What can your business do?

Some companies, like Forbes and New York Times, are already taking action, and experimenting with preventing ad blocking users to access their site. While this probably isn’t an option for you just yet, there are other marketing avenues you can explore. For example, businesses that rely on inbound marketing, which drives users to your business by providing free valuable content, will see little effect (if any) by Opera’s new ad blocking feature. Also, it should be noted that Opera’s ad blocker will not block all ads. It is predominantly focusing on those that are intrusive to users and cause browsing slow down. So if you’re a big on those pesky flash ads that many Internet users despise, it’s likely wise to shift focus to creating leaner, more engaging ads. They’re much less likely to be blocked.

Want to learn more about ad blocking, browsers or cloud technology? Send us a message. We’re happy to help in anyway we can.