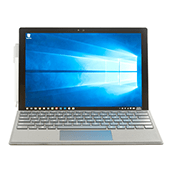 According to a Microsoft tipster, a proposed new feature in Windows 10 will allow users to navigate the system with the help of its virtual assistant (VA), Cortana. ‘Follow Me’ is an enhancement that will make navigating the operating system much easier, which will be particularly useful to those who find it a bit challenging.

Cortana can perform several tasks, including answering basic questions, sending reminders, and adjusting your music player’s volume. With the introduction of ‘Follow Me,’ it will provide an audiovisual-guided navigation within your Windows computer.

Currently, Cortana is capable of providing voice prompts when providing search results. Based on this short video clip, the improved version will perform more complicated tasks such as providing users with visual prompts for pairing a Bluetooth device with their PC.

The new feature looks easy to activate and deactivate, too. To quit, users can simply press the escape key.

Many business users haven’t fully embraced VA technology. In fact, those who work in corporate environments don’t find them particularly useful, as they’re often seen as an unnecessary add-on that doesn’t do much beyond performing voice-prompted searches, taking notes, placing or answering Skype calls, and doing other negligible tasks.

However, VAs are becoming standard features in modern operating systems, which means they’re likely to see substantial improvements in the future.

Moreover, assistants like Cortana are useful to some business users that require quick assistance in finding information on their computers. And although they perform mostly small tasks, they also help speed up things like calculating and setting schedules.

What’s in store for the MS assistant

In early 2017, Microsoft demonstrated that Cortana was capable of performing complex tasks when it introduced the ability for users to set up their PCs with the help of its digital assistant. When “Follow Me’ is launched, it will be a logical next step to this recently introduced functionality.

Since the Fall Creators Update was recently launched, ‘Follow Me’ will likely be featured in upcoming Windows 10 updates. As of now, Microsoft tipsters continue to speculate about the digital assistant’s new capabilities as they wait for an official announcement from the software company.

If you wish to explore time-saving and productivity-enhancing tools for your company’s Windows computers, contact us today.

KRACK hacks: What you need to know

KRACK hacks: What you need to know