How do idle VMs cost businesses 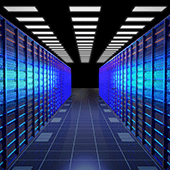 Thanks to virtualization software, the time it takes to bring virtual machines (VMs) online is faster than ever. You could deploy a fleet of them in minutes, but as with most technologies, there are some drawbacks. Experts say too many VMs can cause a logistical nightmare and cost your business a lot of money.

The dangers of VM sprawl
VM sprawl is a phenomenon that occurs when there are too many virtual machines on a network. Although VMs can be deployed quickly, it’s important to understand that they have the same licensing, security, and compliance requirements as your other computers and servers. So when administrators are given free rein to create as many virtual instances as they want, issues concerning the management of VM licenses and security begin to appear.

In addition, having too many virtual instances running at the same time exhausts server resources and forces IT administrators to work overtime. What’s worse is some VMs are forgotten about, which can lead to security risks and higher costs.

In fact, recent studies found 30% of all virtual servers are ‘comatose,’ which means companies are paying for licenses they’re not using. Unused VMs are also not patched and maintained properly, leaving them exposed to escape attacks — a type of hack whereby an attacker exploits a vulnerable VM to compromise an IT infrastructure.

With this in mind, here are a few things you can do to stay on top of VM sprawl.

Establish VM creation policies
Businesses should have policies in place for limiting the creation of unnecessary VMs. For instance, you can have a policy that forbids users to deploy a new VM unless they specify a good reason. This way, they’re more likely to think twice before requesting resources they may not need. You should also place limits on how many VMs each department can create to keep your virtualized environment small and manageable.

Document VMs
Documenting every VM in your network should be standard protocol in your company. They should be organized by their purpose (e.g., backups, app testing, resource-intensive software usage), who they are assigned to, and what patch version they are currently on. This will make it easier to manage software updates and identify non-essential VMs.

Implement lifecycle management tools
For businesses with large-scale VM deployments, lifecycle management tools can give you total visibility of how many VMs are running on the network, how they’re being utilized, and who created them. Such tools also allow you to review which VMs are necessary to your operations and automatically decommission the ones that no longer serve a purpose.

For example, you can set time-based policies which remove VMs that were needed for only a short time (e.g., those used for app testing). This ensures you’re not wasting resources on idle VMs.

Although virtualization is a powerful solution, it must be carefully managed if you want to realize its cost-cutting and efficiency-boosting benefits. So if you’re experiencing VM sprawl or other virtualization issues, call our experts today!

3 Sure-fire Ways to Speed Up Your Wireless Router

3 Sure-fire Ways to Speed Up Your Wireless Router