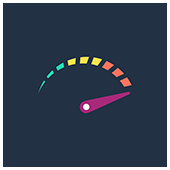 Virtual containers have incrementally increased the ability of users to create portable, self-contained kernels of information and applications since the technology first appeared in the early 2000s. Now, containers are one of the biggest data trends of the decade — some say at the expense of the virtual machine (VM) technology that preceded them. Read on to find out some of the performance differences between containers and virtual machines, and how the two can work together for your business.

When it comes to the virtual world, containers and VMs are not all that different. The VM is a good option for those who need to use more than one operating system in the course of a business project, while containers serve those who are comfortable staying within a Linux or Windows operating system without deviating. There are performance advantages to using containers, although these are counterbalanced by organizational advantages derived from a VM system.

VMs and containers both work from a virtual platform; therefore, the differences in performance relate to how they are configured and utilized by the people who maintain them.

Although it appears that containers out-perform virtual machines in most areas, there are uses for the VM environment, particularly for a business on the rise. With a virtual machine you have a security advantage because each VM environment is encapsulated with its own operating system and data configuration; additionally, you are not limited to the use of one operating system.

Virtualization is an incredibly tricky solution to grasp in its entirety. New avenues spring up all the time to get more use out of its benefits, and it might be tempting to take a “wait and see” mentality. In reality, one of the best things about virtualization is how adaptable it is as a business solution. We suggest you get into the game as soon as possible; give us a call so we can tell you how.