Chrome for iPhone just got better 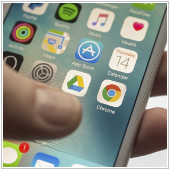 With over a billion people using Chrome across the globe, it is safe to say that Google’s flagship browser is the most popular one in the world. And that is why it’s easy to understand why so many Chrome users are frustrated by its constant crashes and unreliability for the iPhone. But there’s good news. A recent update has improved Chrome for iPhone exponentially. But before we reveal just what improvements have been made, why was Chrome always crashing in the first place?

The source of Chrome crashes

Since the word Google is synonymous with the Internet, it’s a bit head scratching as to why the browser ever had crashing issues to start with. The Internet is their specialty of course. But the truth is Google is not completely to blame. And for all the Apple fanatics out there, the real source of the problem may be a bit hard to swallow. Because really, Apple is mostly responsible for Chrome’s previous crashing problems. The reason is that Google is forced to rely on Apple’s renderer – which is technology that arranges the photos, text, buttons and other components that appear on your screen. Furthermore, Google cannot correct a bug and support new web technology on their own. Instead, they have to wait for Apple to do it. So what it all really comes down to is that Apple limits the choices of Google, and other outside parties, from having complete control over their browsers, hence the crashing problems.

So why is Chrome getting better on iPhone? And why now? It’s simple really. Apple has recently enhanced its browser software, which enables Google to make improvements.

How has Chrome for iPhone improved?

With the release of Chrome 48, Chrome has reduced crashes by 70 percent. Yes, you read that correctly…70 percent! Google tested the updated browser alongside Safari to ensure that it functioned at the same level. But that’s not all the improvements Google has made. In addition to this, Chrome now runs much faster and handles JavaScript just as well as Safari does. Beware, however, if you are still running iOS 8 or earlier editions of the iPhone’s operating system, these improvements do not apply. With that said, these updates to Chrome couldn’t have come at a better time. With the recent Safari crashing issues that have been affecting iPhone users across the globe, there is no better time to switch mobile browsers, especially if you’re a Chrome fan.

Looking for more iPhone news and tips? Have an iPhone or other IT related issues? Get in touch with our experts today.

Understanding the types of virtualization

Understanding the types of virtualization