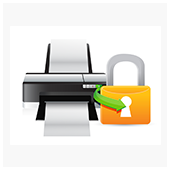 This is not a question often asked by anyone who has ever used a printer. Given the increasing sophistication of hackers’ capabilities, the discovery that cyber thievery can, in fact, be performed through some popular printer brands hardly comes as a surprise. One study reveals that at least 20 printer models are vulnerable to Distributed Denial-of-Service and other types of attacks. Let’s take a look at this chilling development in cybersecurity.

Which printers are prone?

Based on the study made by Ruhr University Bochum researchers, printer brands such as Hewlett Packard (HP), Brother, Dell, Samsung, and several others are prone to different types of cyber attacks. Online printers from these brands could serve as cyber criminals’ path in which to steal credentials, corrupt a printer, or leak sensitive data from printed documents obtained through a printer’s memory.

Printers serve the basic purpose of turning computer documents into paper and have never been a typical entry-point of hackers’ attacks. Government and corporate offices, business establishments, non-profit organizations, and homes own one, and when you think about the fact that most printers are linked to computer owners’ internal networks, this expansion of cyber theft to printers begin to make even more sense.

How can attacks be made?

Researchers identified security vulnerabilities that would enable hackers to corrupt common printer languages such as PostScript and PJL, which they could then use to launch Distributed Denial-of-Service attacks or reset the corrupted printer to its factory defaults, also termed as ‘protection bypass.’ Other ways in which hackers could exploit their access are through print job manipulations, which could lead to minor cases of printing corruptions or persistent printing distortions, and information disclosure, the leaking of sensitive information.

What safety measures are being developed?

The researchers who discovered the vulnerabilities developed the PRinter Exploitation Toolkit (PRET), a program designed to determine if a printing device is a likely target. This toolkit ‘connects to a device via network or USB and exploits the features of a given printer language, and is complemented by a wiki page that documents attacks made. It’s worth noting that more printer models and brands haven’t been tested due to the team’s lack of resources. But with this open-source toolkit, vulnerabilities of many brands and models may soon be identified.

Stealing information online is far from being a novelty in cyber security. But to do so through printers requires a special set of skills. It’s too soon to tell whether this form of cyber thievery is going to pose serious threats in the future, but regardless of how further studies progress, failing to implement security protocols for your network can cost you dearly. Get ready for any security threat by contacting our security experts now.

How to get a sneak preview of Instant Apps

How to get a sneak preview of Instant Apps