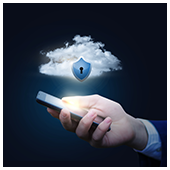 As bring your own device policies becomes common practice for companies today, business owners must keep in mind the possible cyber security implications of deploying more devices connected to the company network. If your employees are using Android devices, here are the top five security threats they need to be aware of as well as how to steer clear from them.

Sometimes, the device itself might not be safe due to faulty production or configuration. In fact, Checkpoint found 36 Android devices earlier this year at a telecommunications company and multinational technology company that were infected out of the box. This means that the infection was not caused by users, but the malware was pre-installed via apps somewhere along the supply chain before users even received them.

Judy is an Android app, and although it sounds completely harmless, this software is actually designed to infect a device and activate an auto-clicking command used for malicious advertising campaigns. Believe it or not, this malware got 18.5 million downloads.

Many applications are installed for legitimate uses. But don’t let that fool you, as these apps can be used to extract confidential information such as contact information from your mobile device. According to recent research, 0.3 percent of the 20 million Android transactions resulted in some level of privacy leakage. This is primarily due to cybercriminals tapping into an organization’s network traffic, which requires skills but isn’t impossible to do.

This is when cybercriminals use phishing windows to overlap banking apps so that they can steal credentials from mobile banking customers. But that’s not all, as cybercriminals can overlap other apps and steal credit card details, incoming mobile transaction authentication number, and even redirect calls. Even worse, file-encrypting features now allow them to simultaneously steal information and lock user files.

One such banking malware that Android users need to look out for is Faketoken. According to Kaspersky Lab, Faketoken is designed to generate fake login screens for more than 2,000 financial applications in order to steal login credentials. The app also displays phishing pages to steal credit card information, can read and send text messages, and even has the ability to encrypt user files stored on a phone’s SD card.

Ransomware is a type of malware that blocks a device and demands for a payment in order for the device to be unlocked. The latest ransomware, WannaCry, spread like a wildfire and greatly affected the global healthcare industry. Ransomware continues to be a cyberciminal’s weapon of choice and attacks targeting Android devices have increased by over 50 percent.

If you think ransomware is bad enough, ransomworms can be your worst nightmare. Basically, it’s ransomware attached to a network that copies itself to every computer on a local network it could reach  with no warning whatsoever.

All this sounds horrific, but the worst is yet to come if you don’t act fast. Having said that, we’ve rounded up some security best-practices that will help keep your Android devices secure:

While it’s easy to turn a blind eye against cyber threats, the question is are you willing to take that chance? If you’re looking for an advanced security solution to keep your Android device safe, give us a call and we’ll be happy to help.